Welcome To Your Passport To Flavor
2021 Edition

This year’s journey will take us to 12 new destinations as we explore the rich food culture of India, kenya, Egypt and more. The culinary team at Dole Packaged Foods has developed a collection of 38 plant-forward regional dishes, utilizing trending ingredients that deliver bold flavors, bright colors and high consumer appeal. So once again it’s time to pack your (virtual) bags as we get ready to explore our last destination – Africa & The Middle East. 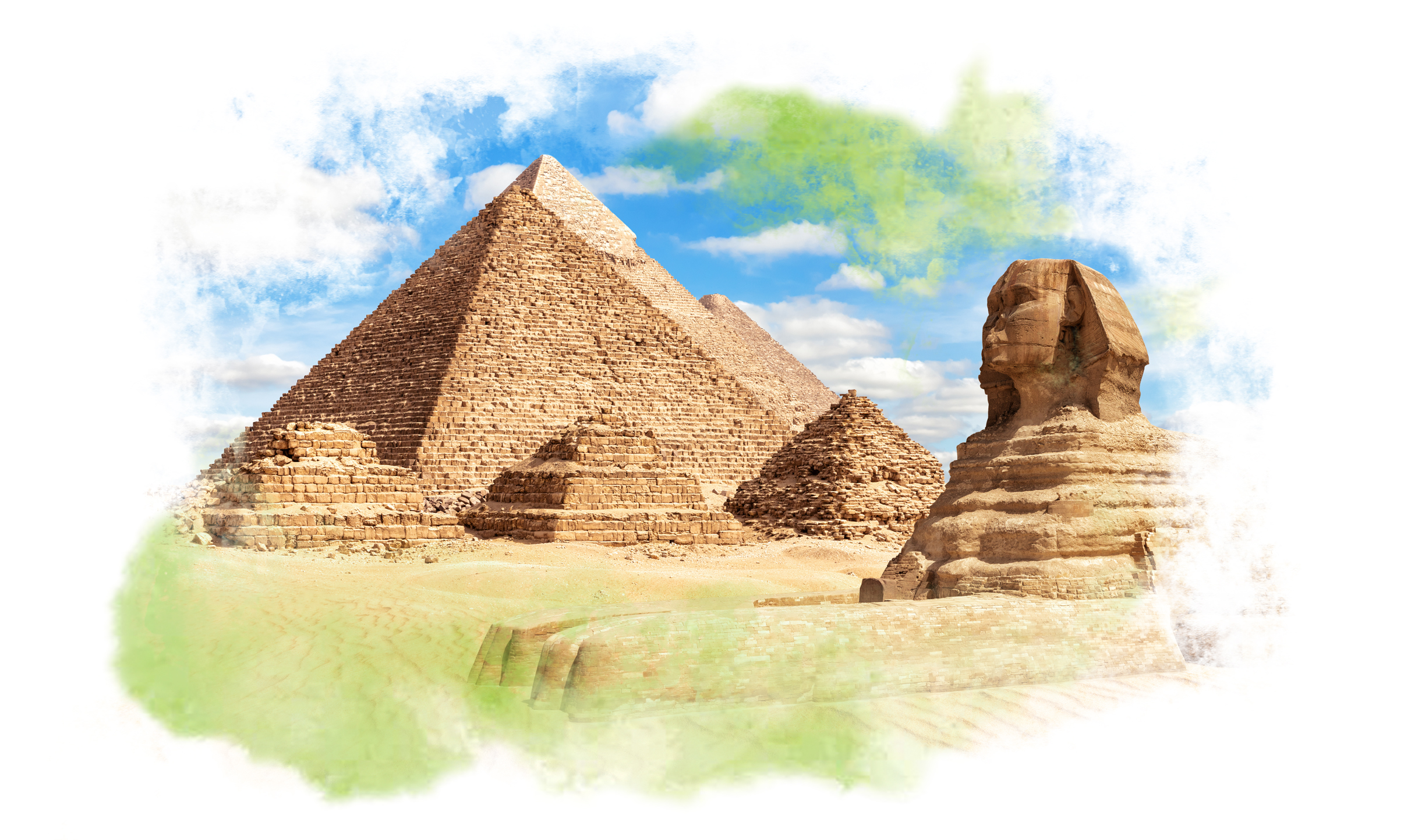 Egyptian's love for food and extravagant feasts dates back thousands of years and is evident from the wall paintings and carvings that have been discovered on tombs and temples throughout the region. A component you’ll find in most Egyptian meals is “aish” or bread, which in Arabic means “life.” While aish is served in various forms, pita or flatbread is most commonly found in traditional Egyptian dishes.

Located in the northeast region of Africa, the climate of Egypt is extremely dry and arid However, several varieties of fruits continue to be grown in the region including bananas, dates and peaches to name a few. These fruits are used to create decadent and delicious desserts and refreshing fruit smoothies such as Mowz Bil-Laban, a rich and creamy banana smoothie blended with milk and honey.

Puffed pastry bread pudding made with sweetened milk, diced apples, raisins, hazelnuts, walnuts, and pistachios and baked until hot and bubbly. Topped with whipped cream and sweetened milk on the side.

This simple, refreshing smoothie was created to use overripe bananas, which have been cultivated in Egypt since the 10th century AD. Ripe bananas are blended with honey and milk, and finished with dehydrated banana slices and a sprinkle of ground cinnamon. 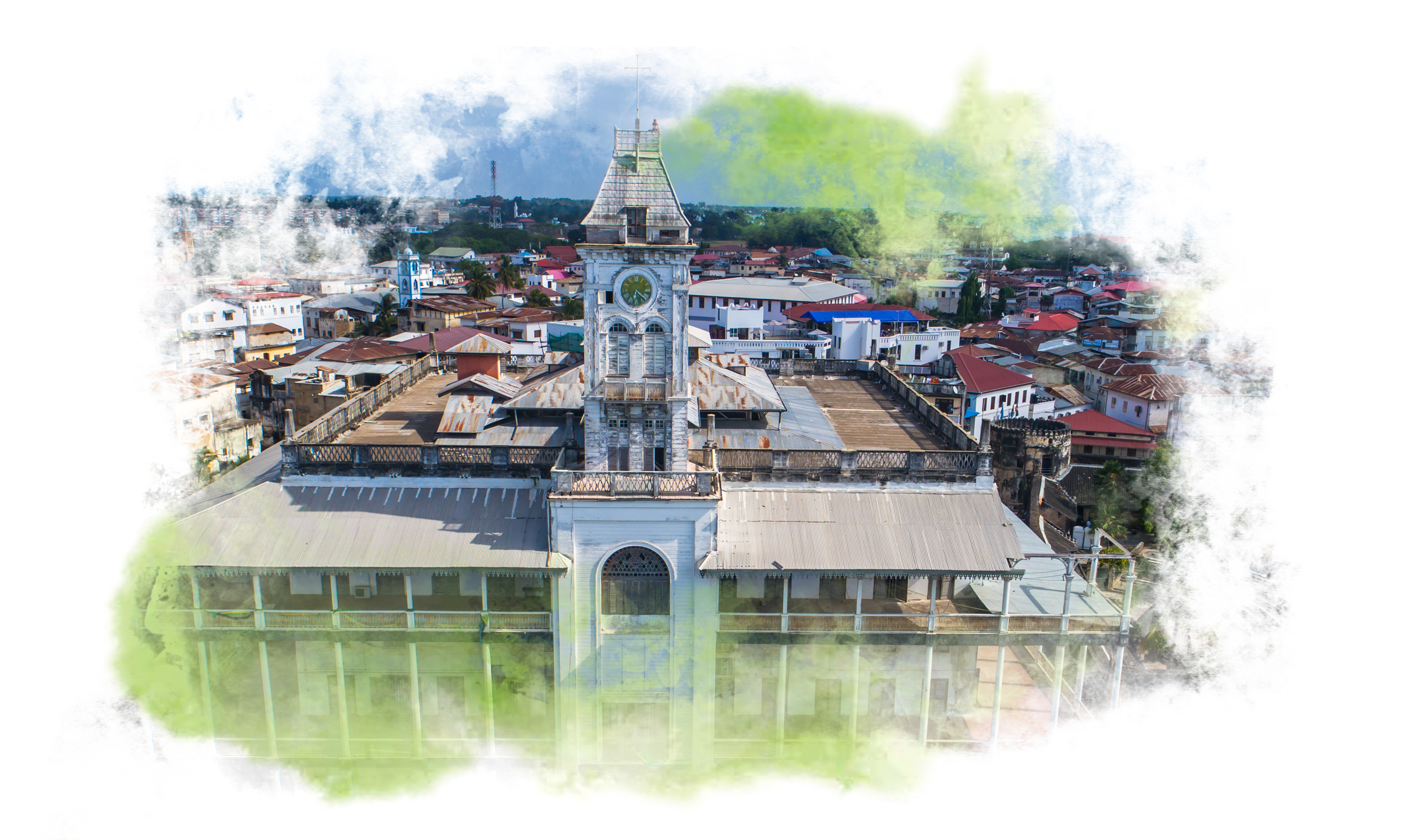 Located just south of the equator in eastern Africa, Tanzania is made up of a mainland area as well as several smaller islands, one of which is Zanzibar. While the first inhabitants of the region were mainly hunter gatherers, the region has since seen influence from various cultures due to trade routes established throughout the country. The Muslim Arabs introduced citrus fruits, spices and rice, all of which have helped to shape the cuisines you’ll find in this region today.

In Tanzania, meat is seldom consumed. Instead, you will find dishes abundant with fruits, vegetables and grains. Cattle, sheep and goats are used primarily for their milk and the value they contribute to social status. However, on the occasions where meat is utilized in cooking, you’ll find it mainly used for grilled applications such as kebabs.

A fluffy disk of dough deep fried in ghee and smeared with dark chocolate sauce, topped with banana and mango jam. A common street food on the coast in Zanzibar.

A complex soup made from blending potatoes and mangoes, spiced with chiles and topped with fried lentil fritters, grated red mango and coconut chutney. 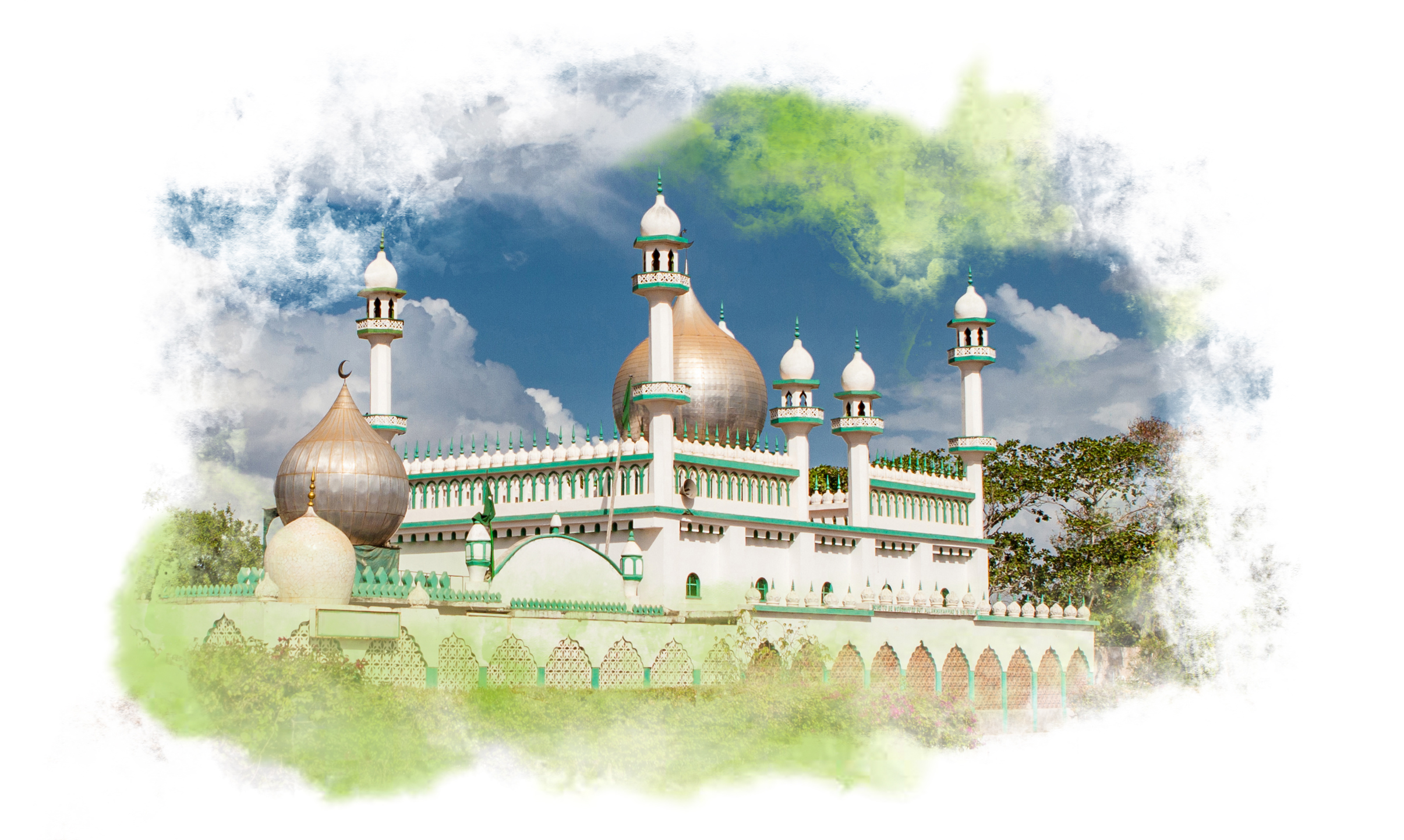 The cuisine of Kenya varies greatly by region and is indicative of the area’s natural resources. Western Kenya, near Lake Victoria, is known for fish stews and produce-centric dishes. As you move toward the inland region, you’ll find a higher prevalence of meat-centric dishes. However, the cattle-herding group of Kenya and Tanzania, known as the Maasai, refrain from eating any wild game or fish and rely solely on the livestock they raise for food.

Kenyan cuisine also incorporates a variety of tropical fruits. Our culinary journey features a few of our favorites including the popular street food Crunchy N'dizi, as well as Coupe Mount Kenya, a noteworthy dessert that features a mango-infused ice cream topped with a sweet and tangy pineapple sauce.

A well-known sweet dessert of mango ice cream made with mango and condensed milk topped with a sticky pineapple rum sauce and salted pistachios.

A popular sweet and salty street snack consisting of plantains that have been rolled in melted butter, covered with salted peanuts and pineapple chunks, and baked until caramelized.

A legendary street food in Mombasa, potato chunks, pineapple chunks and whole chiles are coated in a seasoned batter made with gram and wheat flour, then deep fried and smothered in spicy coconut mango chutney and sour pineapple tamarind chutney.

Explore Our Journeys Past and Present 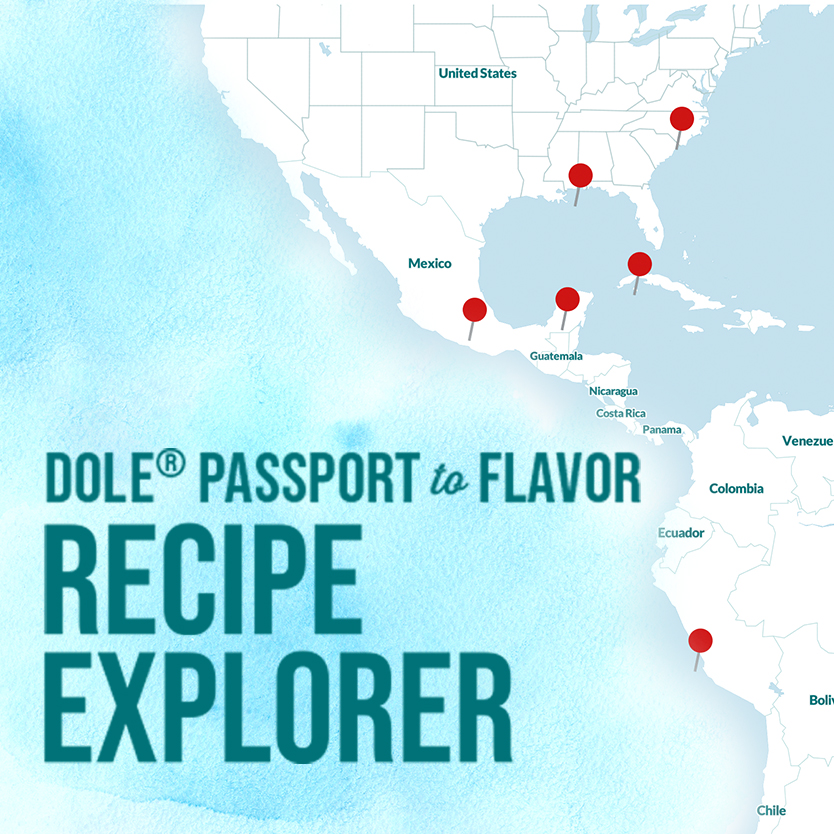 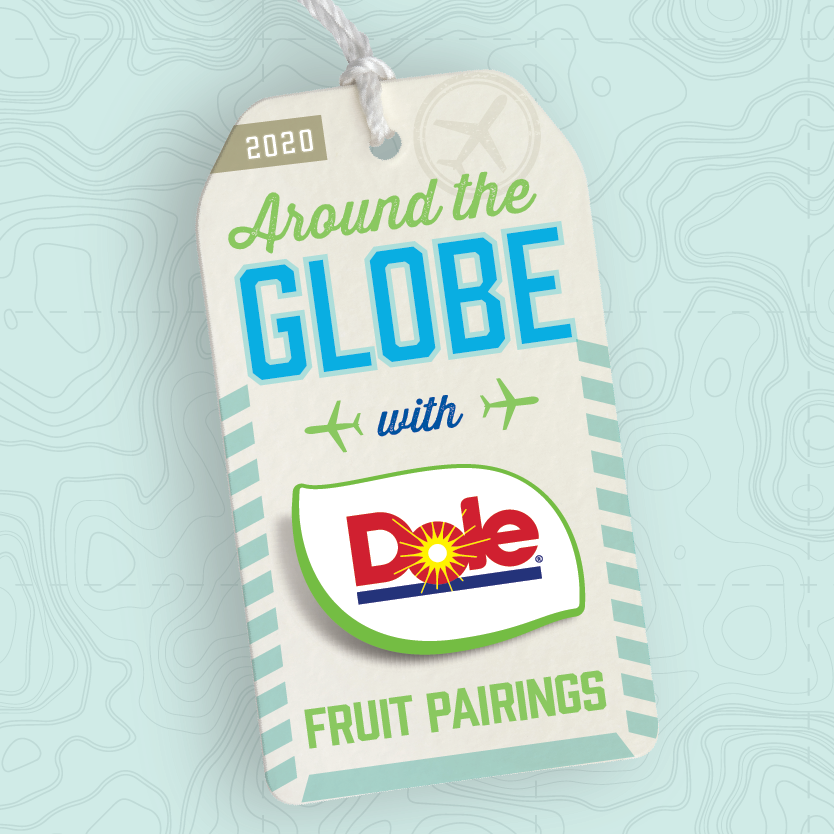 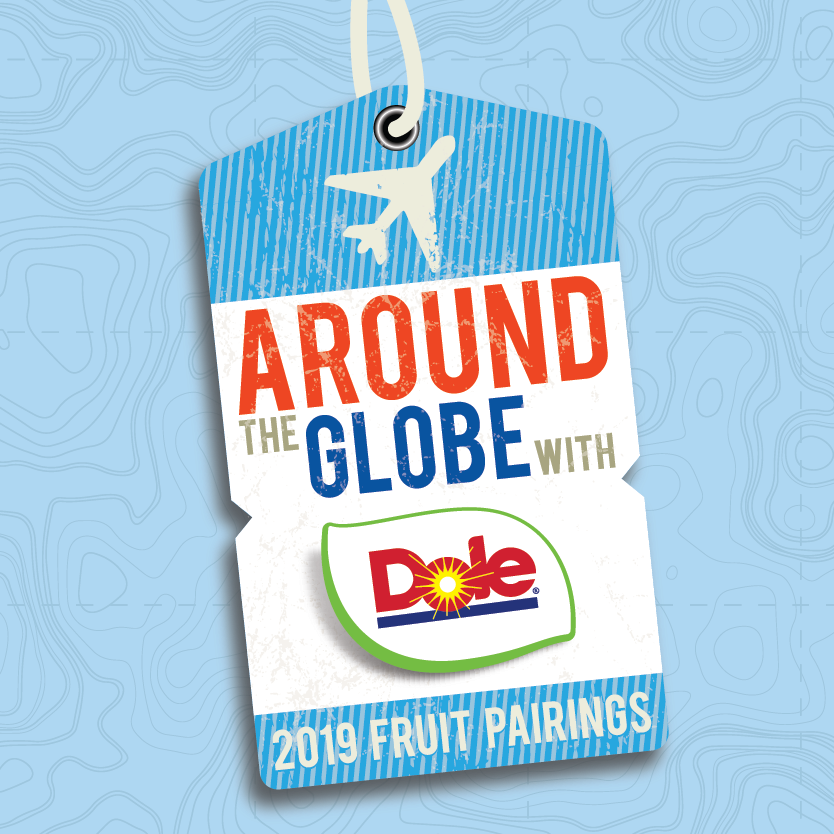 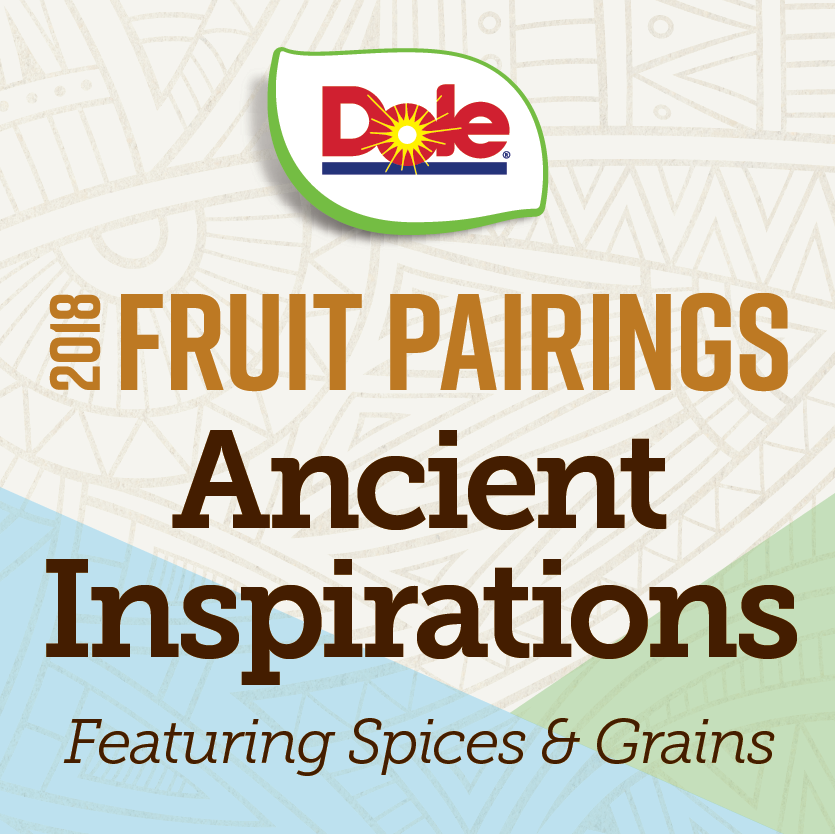 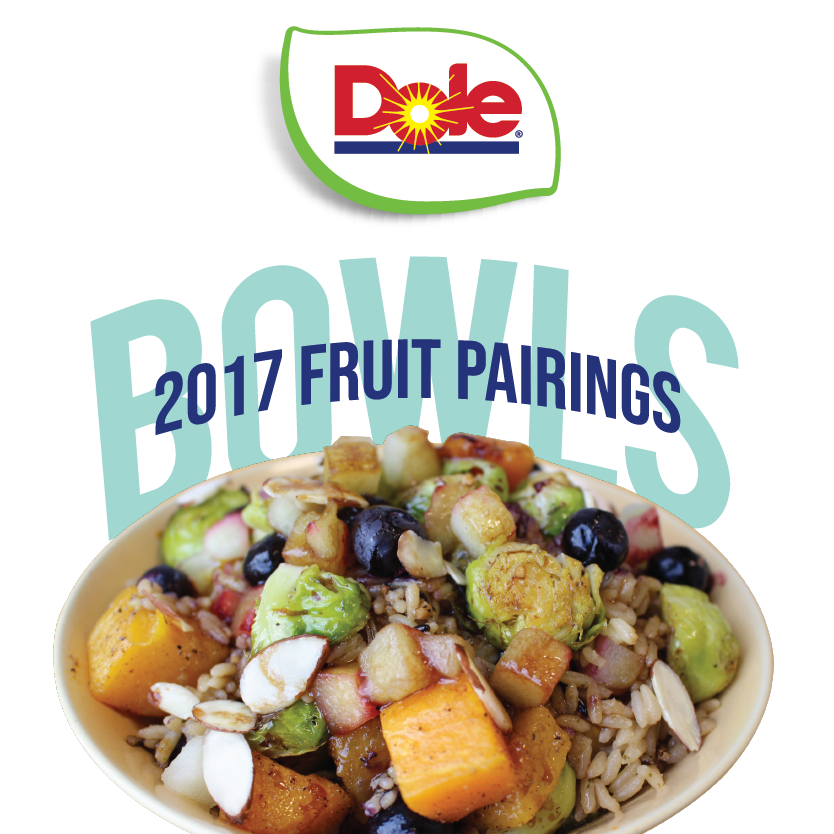